Army tanker drivers are on the road for the first time to replenish gas stations hit by the fuel crisis.

Around 200 military personnel – half of them drivers – are on duty in Operation Escalin, although ministers insist that the situation at the petrol pumps relax.

The troops, which have been on standby since the beginning of last week, will initially be concentrated in London and the south-east, where the greatest shortage remains.

This includes members of the 3rd Logistic Support Regiment who have trained at the logistics company for the oil industry Hoyers in Thurrock in Essex.

Ministers have been criticized for not sending them out sooner after a wave of panic buying – triggered by reports that gas station supplies had been cut – wreaked havoc on the forecourt.

However, since last week the government has been using its reserve tanker fleet – powered by civilian drivers – to boost supplies.

A government spokesman said: “We are working closely with industry to increase fuel supplies and there are signs of improvement in average gas station supplies across the UK, with demand continuing to stabilize.

“Stocks in London and southern England are recovering a little more slowly than other parts of the UK, so we have started using military personnel to increase supply in these areas. 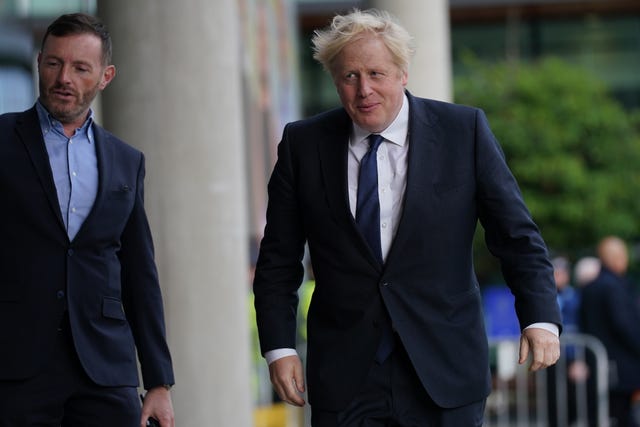 “More than half of those who have completed fuel delivery training will be deployed to terminals for London and the South East of England, which shows that the sector is assigning drivers to the hardest hit areas in this first phase starting Monday.”

The Petrol Retailers Association (PRA) – which represents independent retailers – has welcomed the military’s deployment, although it has indicated that it will have limited impact.

PRA Chairman Brian Madderson said while the crisis in Scotland, the North and the Midlands was “practically over”, more than one in five gas stations in London and the South East were running out of fuel.

Boris Johnson, who attended the opening day of the Tory party conference in Manchester on Sunday, expressed confidence that the crisis is “subsiding” and said the military would be used as a “precautionary measure”.

However, the Prime Minister repeatedly refused to rule out bottlenecks in the overall economy in the run-up to Christmas.

In addition to an estimated shortage of 100,000 truck drivers, companies from meat producers to retailers are warning of empty shelves if the bottlenecks are not resolved.

Mr Johnson acknowledged that the country is going through an “adjustment phase” after Brexit that has cut the EU’s labor supply.

He insisted that he was unwilling to resolve the situation by pulling “the big lever of uncontrolled immigration” to take on more foreign workers.

He said companies should make sure that their employees were “paid decently” if they wanted to attract more staff.