Covid-19 case rates for each of the four UK nations have dropped to a six-month low but continue to show signs of flattening, according to recent figures.

Wales has the lowest rate among the four nations with 39.1 cases per 100,000 people recorded in the seven days ending March 24th.

In Wales, prices have not been at this level since mid-September.

However, the pace of the decline has slowed significantly, with the last 7-day rate barely changing from 42.6 the week before or 40.3 the week before.

Similarly, in England, where the current rate of 55.9 cases per 100,000 people has fallen only marginally from 57.1 the previous week and 58.8 two weeks earlier.

The figures, compiled by the PA News Agency using data from the UK health authorities, suggest that the rate of newly registered cases of coronavirus has reached or is nearing a “bottom” below which it is unlikely to fall any further.

Prices are also flat at levels higher than the bottom seen last summer.

In early September 2020 – before the second wave of the virus hit the UK – all four nations had rates below 25.0.

Rates were even lower in early August, with all nations below 10.0.

In England, two households or up to six people can meet outside from Monday, outdoor sports and leisure facilities can be reopened and the “stay at home” rule has been lifted. 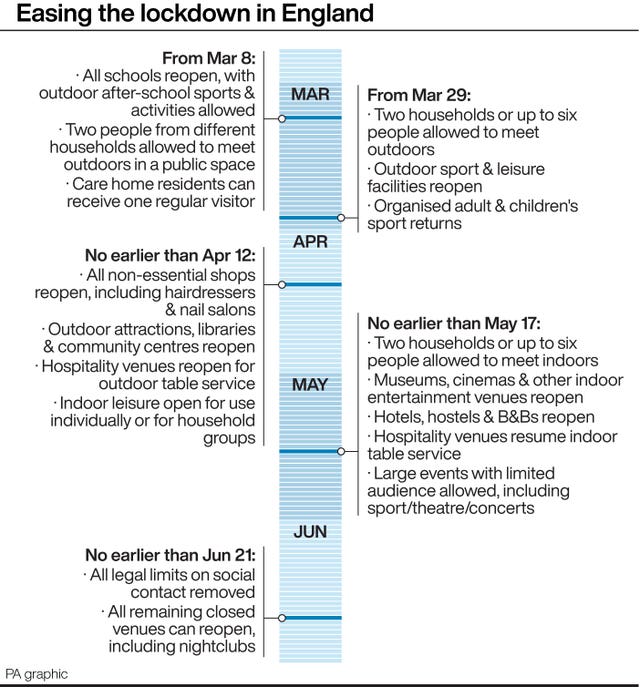 In Wales, the “stay on site” rule was lifted on Saturday and six people from up to two households can meet outdoors or stay in self-contained holiday homes.

Individual figures released by the National Statistics Office last week suggest that the number of Covid-19 infections has likely decreased in the community in England, Wales and Northern Ireland and increased slightly in Scotland.