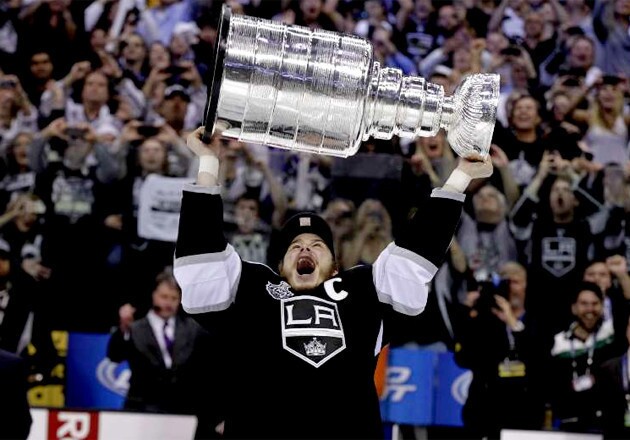 First in a series of articles on the future of 2020 from major sports leagues.

August is always the quietest month of the year for the NHL. After the free agent frenzy fades and before the first skates hit the ice on the training camp, Canadian players and executives retreat to their lakeside cottages and everyone takes a vacation because of concerns about salary limits and Corsi numbers.

Those August musings may be interrupted this year by the Stanley Cup playoffs if health authorities in the United States and Canada declare it safe for the league to end the pause imposed by Commissioner Gary Bettman on March 12 in response to COVID -19 outbreak.

Scenarios change from day to day and from week to week – and it’s unclear if fans should be able to attend – but Bettman has repeatedly said he’s open to game planning well into the summer.

“And I’ve even heard the willingness to play in October to end the season and have a proclaimed Stanley Cup winner,” said Allan Walsh, co-managing director of Octagon Hockey.

The NHL has too much at stake to scrap the season before evaluating every possible option. Revenues, which are expected to reach $ 5 billion, will remain at $ 3.9 billion without additional games and playoffs. That shortage will put pressure on many franchises. In addition, the chances of winning the multi-network TV contract it hoped to start the 2021-22 season could be damaged the longer it’s gone.

“There are two components, assuming health and safety are paramount,” said Pat Brisson, co-head of the hockey division at Creative Artists Agency. “There is income and then momentum to the game. Out of sight. But if you have some sort of format, even if it’s July and August, and you can generate income and give some speed back, it would be excellent. “

Completing the season would generate approximately $ 450 million in revenue, no small amount for the league.

“I think the NHL is more vulnerable to what is happening in the world today, unlike other pro leagues, because the NHL is still largely a gate-driven competition,” Walsh said. “If you break down and analyze the hockey-related revenue, HRR, you would find that the actual revenue from subscriptions, corporate boxes and luxury suites and any additional income from the gate, such as food and drink, parking, in-arena signage and sponsorship and so on all directly connected to people who come to the games in one form or another.

“And if you compare that to the other leagues with much more lucrative broadcasting rights deals, you see that the NBA went from a gate-driven league like the NHL 10, 12 years ago to the NBA’s monster TV deals, they can play games in empty arenas without fans and they will hit, but they will not get the same kind of hit as the NHL. ”

Money is always an important driver, but this is unknown territory. There were no health problems for fans or players when Bettman lifted the exclusions he introduced in 1994, 2004 and 2012. There are now. In addition, people with underlying medical conditions are at high risk of becoming seriously ill with COVID-19, which would affect several players: Montreal Max Domi and Kaapo Kakko of the New York Rangers have type 1 diabetes, and Phil Kessel of Arizona and Brian of Florida Boyle has overcome cancer. Other players may have a similar history that they have not made public.

Neal Pilson, a former head of CBS Sports who runs a sports TV consultancy, said he is confident that Bettman’s primary concern is safety. But he also knows that some factors are beyond Bettman’s control.

“Gary can swing his wand and they can play in protected locations with quarantined players and go to cities or areas of very low incidence,” said Pilson, “and the problem is that you go to a city with a low rate can go from infection, but you bring in people from all over North America and Europe to play and that’s a risk we’re all aware of. …

“It’s not just about lives: it’s about lives and deaths. You can be held accountable as a commissioner if you bring back a team and the locker room is contaminated and a member of the team – or not even a team member, the locker room boy who takes the towels change – get sick. It is an extremely difficult and very expensive decision. “

NHL players and executives are covered by the Home Directive through Thursday. If it’s safe to ease that limitation, the first step is to conduct small-group workouts, followed by team workouts and a three-week training camp. Bettman said last week that an option would be to send teams to two or four ‘hub’ cities to train and compete. It has not yet been decided whether the remaining 15% of the regular season will be played or whether the game will be resumed in a traditional or revised playoff format.

“I know there is talk of playing summary series, like instead of best-of-seven it’s best-of-five or best-of three,” said Allain Roy, head of the Roy Sports Group in St Louis. “I heard Vegas is there [as a hub], Edmonton, Columbus, Toronto. Many different sites. I assume there will be tests that can happen quite quickly, so everyone involved should be tested before quarantining in a hotel and arena and then probably being tested every time they leave and return to the enclosed area. “

That is not ideal, nor is it waterproof. Someone will break that bubble – a player, hotel worker, bus driver, cook. And if a player tested positive for COVID-19, he would have to be quarantined – just like everyone he sat or checked with – and that would put things back on hold.

That’s one of the many hurdles Bettman carefully considers.

“It is clear that we can play next season, which we plan to do in its entirety, start later,” said Bettman, “and so with many timing options, we have a lot of flexibility and we are not going to rush.”

At some point, however, the calendar will become a factor.

“To make a decision to play in July, you literally have to make that phone call over the next few weeks,” said Pilson. “I don’t know if Gary or Adam [Silver, the NBA commissioner] will find it comfortable to start the parade so early with so much uncertainty still across the country and around the world. ”

Walsh said the NHL’s eagerness to resume play has been linked to the next TV contract.

“It is critical to the new rights deal negotiations to finalize this season and have that experience on TV,” he said. “In addition to the fact that NBC and NBC Sports have postponed the Olympics for at least a year, it has a wide open schedule where hockey would be a natural fit if games are played.”

Pilson called the NHL “good product.” It has a loyal fan base, ”adding that fans hungry for sports are likely to watch in large numbers. But with unemployment in the United States of 26 million, fans’ spending habits are likely to change.

“The NHL will be caught up … in this huge uncertainty that currently exists with regard to the economy,” said Pilson. “And until we get a better idea of ​​where the public is, sponsors will be reluctant to commit large investments and the networks and television companies will see if the market is back to where it used to be. I think most of we think this will not happen very soon. “

If fans are not allowed in arenas and cannot afford to buy cars and products advertised on TV, Roy suggested the NHL supplement his earnings by asking state and federal officials to amend the gambling laws to allow off-site and in-game betting.

“Maybe fans will be part of it in that sense where they can’t be with the game, but if they want to gamble on the game they can,” he said. “We have to think outside the box here.”

Another tricky issue is whether to keep the design in June or to wait until after the season, which can delay it until September or later. That aspect of enormous uncertainty that the NHL is facing struck Brisson, whose son Brendan is eligible for the tour this year.

“It’s a little different,” said Brisson. “I think we’re just lucky to have a son in the draft. At the end of the day it will be what it will be.”

Indeed, for him and for the NHL.