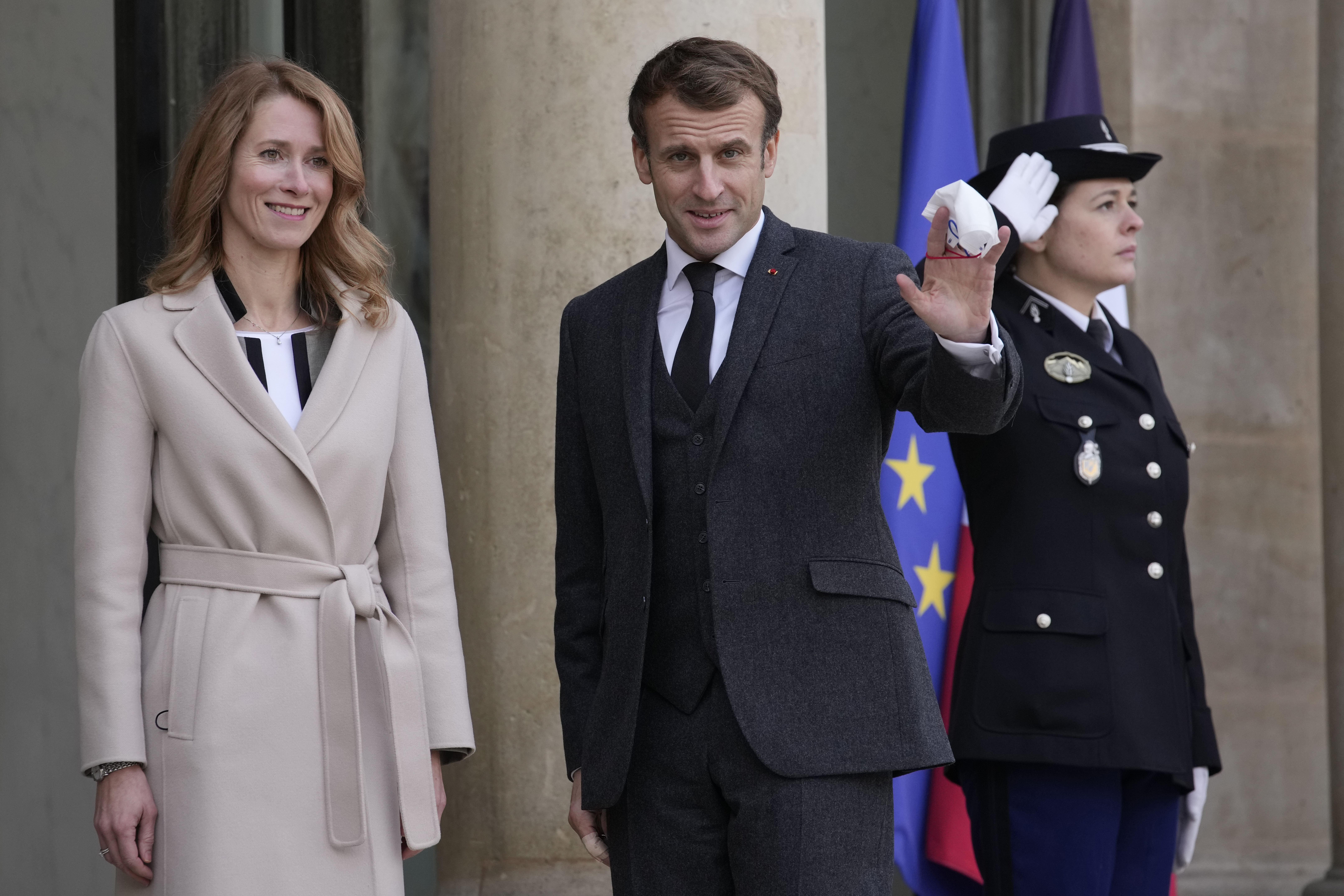 “They’re using this old Soviet negotiating tactic,” said Kallas, who became Estonia’s first woman prime minister last year. “Demand the maximum first, demand something that was never yours. Then, secondly, make ultimatums. And thirdly: [They] Don’t budge an inch in the negotiations because there will always be people in the West who will negotiate and give you something you didn’t have before.”

“They have demanded that NATO return to its 1997 borders. Well, that’s outrageous. That means half of NATO’s members shouldn’t be in NATO,” Kallas said.

Once dismissed as “Russophobes” in Brussels, Western allies now take Baltic governments like Kallas’ with renewed seriousness. As Moscow has expanded its territorial ambitions, “we’re being listened to, which is great,” Kallas said.

Her latest warning relates to Moscow’s ambitions in Belarus: “I think their goal is to expand physically,” she said.

Estonia comes to the debate on how to deal with President Putin as perhaps the greatest success story of the countries that escaped Moscow rule: four times as rich as Ukraine on a per capita basis – having started out in similar positions when the Soviet Union collapsed in 1991 – and are now secure as a member of the European Union and NATO. Today, “we like to compare ourselves to Finland and Sweden” rather than Ukraine and others on the border with Russia, she said.

“There is a difference between dialogue and negotiation”

Kallas sees “danger” in Western leaders seemingly tripping over themselves to talk to — and even visit — Putin these days.

“We have to be careful with the messages, you know, that different leaders send out when they talk to Putin,” Kallas said. For now, “NATO unity was preserved and it was a negative surprise for Russia,” she said.

Some leaders, notably Hungarian Prime Minister Viktor Orbán, who visited Moscow on Tuesday, represent countries with historically unfriendly relations with Ukraine, while in democracies every leader “wants to be the hero who prevented war.”

“There’s a difference between dialogue and negotiation,” Kallas said. “And you know, this dialogue means that Russia is not leaving the table, which is already a good thing because if they leave the table, they could escalate the situation even more.”

But that doesn’t mean inviting Putin to lunch with the 27 EU leaders. “I don’t mind having a dialogue,” she said. “What I really objected to in the spring was a high-level summit, because as agreed, how [the] European Union that we will not hold high-level summits with Russia unless Russia gives Crimea back.”

Kallas said that while she was “very cautious” about Russian demands regarding military exercises, greater Western transparency was a concession to Moscow that Estonia could live with.

In the meantime, she is calling for the development of a watertight sanctions package.

For Kallas, the key to sanctions’ success is twofold: removing loopholes, which she says are a major problem everywhere five rounds of Belarus sanctions packages, and having “strategic patience” with the likelihood that even well-targeted sanctions can cost both sides and take years to bear fruit. “No country in the world wants to be isolated,” she said.

Kallas confirmed that Estonia has asked Germany for permission to transfer artillery, old howitzers over which Germany retains authority, to Ukraine. “We have not received an official answer,” said Kallas from Berlin.

Kallas has been involved in Ukraine’s slow path to EU membership for a decade, including previously serving as deputy chair of the European Parliament’s EU-Ukraine Cooperation Committee.

She says Estonia continues to support Ukraine’s EU membership but has been unwilling to offer President Volodymyr Zelenskyy any significant shortcuts.

While acknowledging that Kyiv has been at war with Moscow for a long time, Kallas insisted that reforms to meet EU governance standards are mainly a matter of the “political will” of the Ukrainian leadership, rather than whether Ukraine is with Russia be in peace.

For Kallas, Estonia’s security position today is hard-won: the result of three decades of reforms that successive Ukrainian governments have largely avoided.

“If we were attacked, that would mean Russia attacking the US directly,” she said, referring to NATO’s Article 5 collective defense clause.