The U.S. House of Representatives isn’t the only chamber whose district lines are being redrawn to reflect the 2020 census. State-legislative chambers are being redistricted too — and as we’ve written in the past, state legislatures are often where the laws that have the biggest impact on people’s daily lives are passed. In the last year, state legislatures have passed numerous new election laws, abortion restrictions, anti-transgender laws and more.

The book isn’t closed on legislative redistricting quite yet — seven states still don’t have new maps — but one trend is already clear: Just as congressional redistricting is producing fewer swing districts, very few state-legislative chambers will be competitive this decade.

Of course, we wouldn’t expect solidly Republican or solidly Democratic states to have competitive legislatures no matter how their maps are drawn, so we’ll only be focusing on battleground states in this article. But according to our analysis of state-legislative redistricting (using the same tools we use to analyze congressional redistricting on our redistricting tracker), as well as conversations with experts in state-legislative elections, the legislatures in even many battleground states have been drawn to give one party a clear advantage.

That is not a new development, but we also found that redistricting changed the electoral calculus in several battleground states: Some legislative chambers got more competitive, while other previously contested chambers got sewn up for one party. So join us for an all-expenses-paid tour through all the state capitols you might (rightly or wrongly) expect to be up for grabs this decade.

Uncompetitive legislatures both before and after redistricting

First up: a trio of swing states whose legislatures have nonetheless been safely Republican for years — and figure to remain so for the foreseeable future.

Georgia is perhaps the most egregious example. Although President Biden narrowly won the Peach State in 2020, a majority of districts in the new state Senate (32 out of 56) and state House (94 out of 180) are solidly Republican (which we define as having a FiveThirtyEight partisan lean of R+15 or redder). The median seat in the state Senate is 16 percentage points redder than the state as a whole, and the median seat in the state House is 10 points redder, meaning Democrats would have to win the statewide popular vote by double digits in order to be favored to flip either chamber. 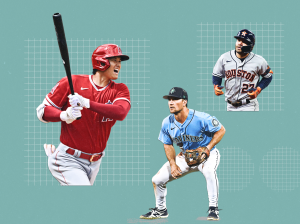 Another battleground state that’s not expected to have competitive state-legislative elections this decade is Wisconsin. The Badger State’s Senate and Assembly maps are still up in the air, but Carolyn Fiddler, who covers state legislatures for Daily Kos Elections, told FiveThirtyEight she doesn’t expect the final versions to be competitive either as they’re going to be very similar to the old maps, which were drawn by Republicans and kept them in power all of last decade. The Wisconsin Supreme Court, which took charge of choosing the new maps after the Republican legislature and Democratic governor failed to come to an agreement, has already decided to pick maps with as few deviations as possible from last decade’s plans.

Legislatures that got less competitive in redistricting

New Hampshire hasn’t yet finalized its new state Senate boundaries, but Republicans there have also introduced a map that would make it very hard for Democrats to win an outright majority. According to Chaz Nuttycombe, who forecasts state-legislative elections at the website CNalysis, Democrats would have to win at least one seat that even Biden didn’t win in 2020 in order to take control under the proposed map. “It can maybe, maybe flip in a blue wave midterm,” Nuttycombe said, but the chamber would no longer be perennially competitive.

Legislatures that got more competitive in redistricting

Never fear, however — there are still some state-legislative chambers that will be competitive this decade. In fact, redistricting even made a handful of chambers more competitive, thanks largely to redistricting commissions and court intervention. For example, back in 2011, Michigan Republicans had unfettered control over redistricting and drew state Senate and House maps designed to keep themselves in power. And it worked: Thanks to median seats 8 and 11 points redder than the state as a whole (according to partisan lean), Republicans held onto both chambers throughout the decade even as Democrats won the Senate popular vote in 2018 and the House popular vote in 2012, 2014, 2018 and 2020.

However, in 2018, Michigan voters passed a ballot measure creating an independent redistricting commission, and the maps passed by the commission are dramatically fairer. The median-seat bias now favors Republicans by 1 point in the Senate and 3 points in the House; the efficiency gaps of both maps also significantly decreased. As a result, Democrats now have a realistic shot at a House majority for the first time since 2011 and a Senate majority for the first time since 1984.

The commission that draws the boundaries of the Pennsylvania state-legislative maps is not new, but Fiddler at Daily Kos credited the Democratic-controlled state Supreme Court with nudging it toward a fairer map — particularly for the state House — than it drew last decade. The commission consists of two Republican politicians, two Democratic politicians and a tie-breaking member who is supposed to be selected by the other four commissioners but, for the last two cycles, has been selected by the state Supreme Court after the commissioners deadlocked.

North Carolina was all set to join Georgia and Wisconsin as swingy states with legislative maps heavily biased toward the GOP, but Republicans’ preferred state-legislative maps were struck down in court earlier this year. Their replacements are something that North Carolinians haven’t seen much of in recent years: fair maps.

The last state whose legislature got noticeably more competitive in redistricting is Colorado. The Centennial State’s Senate and House were frequently battlegrounds throughout the 2010s, but by the end of the decade the state’s leftward shift was threatening to put it out of the GOP’s reach. Enter the state’s new independent redistricting commission, which moved the median seat of both chambers about 4 points to the right in redistricting last year. In fact, increasing competition appeared to be the commission’s main goal: The number of highly competitive districts (those with partisan leans between D+5 and R+5) in each chamber doubled.

Competitive legislatures both before and after redistricting

Finally, there are legislatures that were competitive before this round of redistricting and remain so after. It may not be the first state that comes to mind when you think “swing state,” but Maine has one of the most competitive legislatures in the country. Although it’s a light blue state overall, both the state Senate and state House have small Republican median-seat biases. As a result, the tipping-point district in each chamber falls squarely in the “highly competitive” camp. With Democrats currently in control of both chambers, this will be a top GOP pickup target in 2022.

It’s the same story in Minnesota, where Democrats have a small edge in statewide elections but where the state’s political geography (one deep-blue urban area surrounded by increasingly red rural counties) advantages Republicans. Unlike Maine, however, where Republicans should have an easier shot at the House than the Senate, the Minnesota GOP has more of an advantage in the Senate, both before and after redistricting. In fact, in both 2018 and 2020, Republicans won control of the Senate but Democrats won control of the House, making Minnesota the only state with a legislative split-decision after those elections.

Also sure to be closely contested this decade is the Pennsylvania state Senate. Unlike the state House, though, the commission didn’t need to significantly alter the map to make it competitive; both before and after redistricting, the Senate’s median seat was about 2 points redder than the state as a whole (for a FiveThirtyEight partisan lean of R+5).

The Virginia House of Delegates could also swing back to Democrats’ control under its new map. Because of the delayed release of the 2020 census, the 2021 elections — which surprisingly saw Republicans take control of the chamber — were conducted under Virginia’s old state House map, which had a slight GOP bias (an R+4 efficiency gap and R+3 median-seat bias). However, under the new map (which was drawn by a pair of bipartisan experts), the median seat almost exactly matches the state’s D+5 partisan lean. On paper, the Virginia state Senate is a tougher climb for Republicans (with a median seat about 3 points bluer than the state as a whole), but Fiddler at Daily Kos said she’s still keeping the chamber on her radar.

Fiddler also expects the Nevada Legislature to remain competitive — despite Democrats having full control over redistricting this cycle. And Silver State Democrats drew maps that give the party a clear advantage: The state Senate’s median seat is 6 points bluer than the state as a whole, and the state Assembly’s is 8 points bluer. (The maps’ efficiency gaps are also just shy of the D+8 threshold that would suggest a severe gerrymander.) But because Nevada is still a slightly Republican-leaning state overall, this won’t be enough to put the chamber totally out of Republicans’ reach.

Nevada’s Sun Belt neighbor Arizona is more of an edge case. The state’s independent redistricting commission drew a legislative map (the Arizona Senate and House use the same map, with each district electing one senator and two representatives) with a modest GOP bias: The new median seat is about 2 points redder than the state as a whole. However, that still gives the median seat a FiveThirtyEight partisan lean of R+9, which would be difficult for Democrats to win — at least in another state. But Arizona is moving left at a fairly rapid pace, so perhaps 2020 performance is the more relevant metric here — and the median seat on the new map voted for former President Donald Trump by less than 1 percentage point.

At any rate, both parties are treating the Arizona Legislature like it’s competitive: Arizona shows up on both the Democratic Legislative Campaign Committee’s and the Republican State Leadership Committee’s 2022 target lists.

Finally, CNalysis’s Nuttycombe identified two other chambers that will probably be perennially competitive this decade: the New Hampshire state House and the Alaska state House. But it’s hard to put numbers on them: The New Hampshire state House has 400 districts, some of which are nested within each other and/or elect multiple members. According to Fiddler, that makes it unpredictable, but it’s expected to retain its bouncy tendencies (since before the 2018 election, it has gone from a 218-175 Republican majority to a 234-162 Democratic majority to a 213-187 Republican majority).

And the district lines of the Alaska state House aren’t even complete yet, as the Alaska Supreme Court last month ordered certain districts to be redrawn. But the final map may not matter much anyway. The reason the Alaska House is competitive isn’t the election results; since 1994, Republicans have always won a majority of districts in this red state. It’s that, for the last six years, some moderate Republicans and independents have chosen to vote with Democrats to give them de facto control of the chamber. So the battle for control of the Alaska House in 2022 and beyond will likely be won or lost in GOP primaries and in the backrooms of Juneau.

While some other chambers could get suspenseful in a wave election, that is the extent of those that will be regularly contested, according to the experts we talked to. In other words, only about 20 out of the nation’s 99 state-legislative chambers look like they could be genuinely competitive this decade. While a lot of that is due to underlying partisan polarization, biased maps contribute to the problem in at least eight chambers as well. A lack of fair maps is not just a problem on the congressional level.