Leaders from all four corners of Britain will pay tribute to the Duke of Edinburgh on Monday as the royal family mourn the loss of the “grandfather of the nation”.

Politicians across Great Britain and Northern Ireland will pay their respects to Philip, whose death the Queen has described as “leaving a great void in her life”.

The London, Edinburgh and Cardiff parliaments are soon to return after a weekend in which all of Philip’s four children spoke movingly about the loss of their father.

After a Sunday service in Windsor with some of the kings saying prayers for Philip, the Duke of York revealed the Queen’s personal feelings.

He said, “She described it as leaving a great void in her life, but we, the family, who are close to each other, gather to make sure we are there to support her.”

Andrew said his mother was “an incredibly stoic person” and his sister-in-law, the Countess of Wessex, added that the Queen “thinks of others before herself”.

The Earl of Wessex said his mother “endures” and that the “wave of affection” for his father and “fantastic” honors are valued by the family.

Describing his father’s death as resonating with many people, Andrew said, “We almost lost the nation’s grandfather.”

After the service at the Royal Chapel of All Saints at the Royal Lodge in Windsor, Sophie openly described the circumstances of the Duke’s death as “very peaceful” when speaking to a member of the congregation and saying it was if “someone had him took the hand and off he went ”.

The Queen is believed to have attended a private service at Windsor Castle. 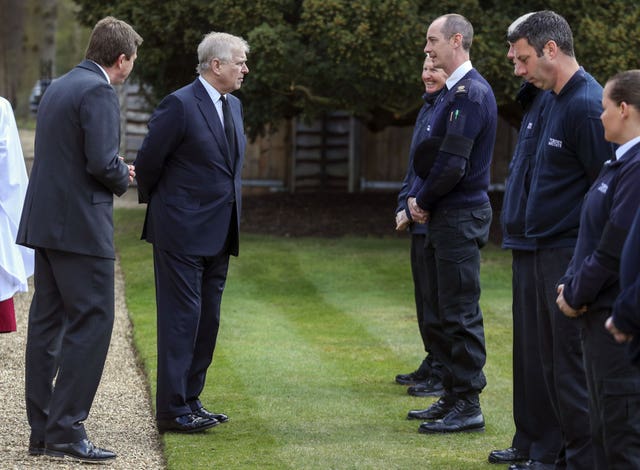 The Duke of York speaks to Crown Estate staff at the Royal Chapel of All Saints at the Royal Lodge in Windsor (Steve Parsons / PA).

In a message released later on Sunday, the Princess Royal thanked the public as she paid tribute to her father as someone who “leaves a legacy that can inspire us all”.

Anne said, “My father has been my teacher, supporter, and critic, but mostly it’s his example of a well-lived life and free ministry that I wanted most to emulate.” 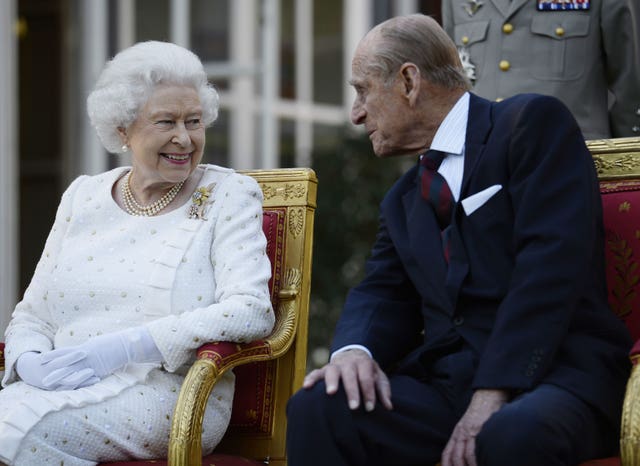 Edward said Philip’s death was a “terrible shock” and the family “are still trying to come to terms”.

Andrew, who stepped down from royal duties in 2019 because of his friendship with convicted sex offender Jeffrey Epstein, said his father was a “remarkable man” who was “so calm” and always ready to listen when someone had a problem.

The Prince of Wales spoke warmly of his “dear papa” on Saturday and described him as “the most remarkable and devoted service to the Queen, my family and the country, but also to the entire Commonwealth”.

The MPs will return to the House of Commons a day earlier than the Easter break to offer their condolences.

The Welsh and Scottish Parliaments will be recalled, while Members will also pay tribute at the Northern Ireland Assembly on Monday.

Only 30 people – presumably Philip’s children, grandchildren and other close relatives – will attend the duke’s funeral as guests on Saturday afternoon.

Prime Minister Boris Johnson said he would not attend the funeral to allow as many family members as possible to attend coronavirus restrictions.

The Duke of Sussex is said to have come to the UK from the US, but this has not been confirmed by Buckingham Palace or Harry’s spokesman.

His wife, the Duchess of Sussex, had been advised by her doctor not to travel to the funeral, which will be televised and will take place entirely on the grounds of Windsor Castle.