The things Desireé Luckey remembers most about finding out she was pregnant for the first time are how fast the little test strip turned positive — and how irritated it made her feel. It was one more hassle in a summer that already felt overwhelming. Within the span of a few weeks in 2012, Luckey had graduated college, ended an emotionally unsafe relationship and started a new — but frustratingly unpaid — job with former President Barack Obama’s reelection campaign. From her dorm bathroom, she immediately began figuring out what she’d need to do to get an abortion.

Kelsea McLain also knew she wanted an abortion as soon as she found out she was pregnant. Graduating college during the Great Recession, she was surviving on unemployment and about to lose her apartment. Both women wanted private, inexpensive abortions. Because of that, they chose medication abortion — two pills that, when taken together, effectively mimic the biology of an early miscarriage. Medication abortion allowed Luckey and McLain to abort their pregnancies at home. It was logistically simpler than going to a clinic for a procedure. It was cheaper. And it was just as safe.

But it can also be terribly painful. McLain suffered through intense cramping, nausea and weeks of heavy vaginal bleeding. Not everyone’s medication abortion is like that — Luckey’s was straightforward and less uncomfortable than periods she’d had, and she was back walking the full parade route at Capital Pride in Washington, D.C., the next day. No one knows ahead of time whether their experience will be more like Luckey’s or more like McLain’s.

In just a few months, many more Americans may be rolling that dice. The Supreme Court is weighing the constitutionality of a Mississippi law that bans most abortions after 15 weeks of pregnancy, with an opinion expected by June. The court’s conservative majority is expected to make it easier for states to at least restrict abortion access, and it’s possible that it could overturn Roe v. Wade, the 1973 decision that established a constitutional right to abortion, which would allow states to ban abortion outright. If that happens, a lot more people will be obtaining abortion pills illegally.

Medication can be an effective tool for people trying to evade abortion restrictions, and it’s much safer than other illegal abortion methods. But as abortion access is further restricted, increased reliance on pills could also make more people struggle through an intensely painful — even traumatic — experience, with little access to medical support, lots of stigma and more legal risk than ever before.

For almost three decades after abortion became legal, Americans who wanted to end their pregnancies had one option: an in-clinic procedure. That changed in the fall of 2000, when the Food and Drug Administration approved mifepristone, an abortion-inducing drug that allows people to go through the physical process of an abortion at home. To end a pregnancy, people first take mifepristone, which stops the pregnancy from growing. Then the second drug, misoprostol, which is usually taken 24 to 48 hours later, tells the uterus to expel the pregnancy. According to current FDA regulations, the combination can be used until the 10th week of pregnancy.

The introduction of the pill sequence transformed abortion in the U.S. At first, it wasn’t an especially popular choice, largely because the FDA imposed lots of restrictions on the medication. But that changed in recent years, in part because of the pandemic. By 2020, the Guttmacher Institute estimated that more than half of abortions in the U.S. were medication abortions. 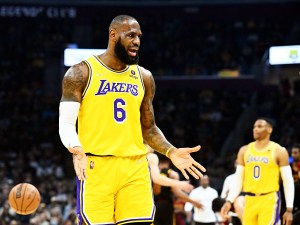