Prime Minister Boris Johnson and Health Minister Sajid Javid will make Covid announcements for the winter today, setting out the measures needed to fight the coronavirus by the end of this year and through 2022.

Mr Javid will make a statement at the House of Commons sometime after 12:30 p.m. after Mr Johnson communicated the plans to the Cabinet Tuesday morning.

There will be a television briefing for the nation at 4 p.m.

It is unclear whether Mr Johsnon will hold the briefing as planned after his mother’s sudden death yesterday.

During the briefings in the House of Commons and on TV, the government will make plans for Covid booster jabs as ministers unveil their blueprint for “living with the virus” through the winter.

Other measures such as a return of lockdown, local lockdowns, the rule of six, social distancing, masks and vaccination cards are also discussed.

All over 50s are expected to be offered a third push – starting with those over 70 and the weakest.

The vaccination of the Pfizer / BioNTech vaccine is given at least six months after the second dose as concerns about the protection it offers the elderly subside over time.

Ministers believe this will help ensure that the NHS is not overwhelmed by new cases of the disease during the fall and winter.

However, it has been criticized by some scientists who argue that the priority now should be to get vaccination to those countries that have only received small amounts of the vaccine.

Downing Street had previously confirmed that the Joint Committee on Vaccination and Immunization (JCVI) had given ministers final advice on the matter.

Health Minister Sajid Javid will lay out the details when he unveils the government’s winter Covid plan for England in a Commons statement on Tuesday.

Boris Johnson is then set to chair a press conference on Downing Street – although it is unclear whether he will do so after his mother, Charlotte Johnson Wahl’s death on Monday. 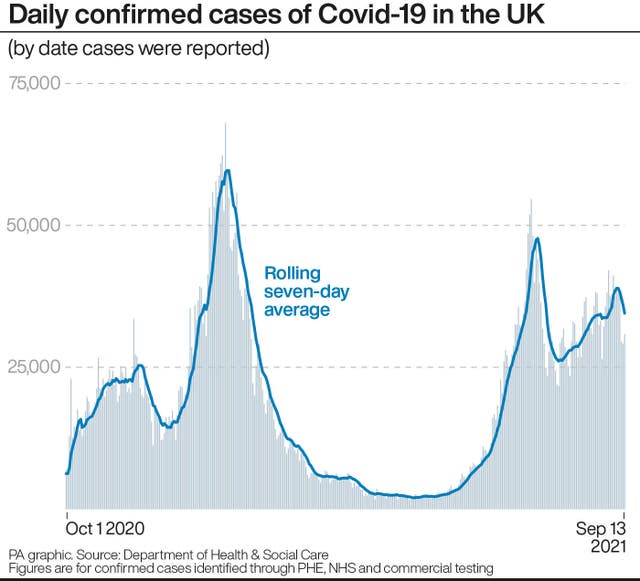 The Prime Minister remains determined to avoid another lockdown, with Downing Street insisting that this be viewed as a “last resort” only.

Instead, ministers will focus on vaccines as a “first line of defense” supported by testing, public health advice and a new surveillance system for variants.

Officials argue that deaths and hospital admissions have remained relatively stable over the past month as evidence suggests the vaccines have been very effective in preventing serious illnesses.

Prior to the announcement, Mr Johnson said, “The pandemic is far from over, but thanks to our phenomenal vaccine program, new treatments and tests, we can live with the virus without significantly restricting our freedoms.

“I will have a clear plan for fall and winter when the virus has a natural benefit to protect the profits we make.”

Ministers are believed to retain the ability to return to wearing face masks in public places and to restore advice on working from home when cases resume. 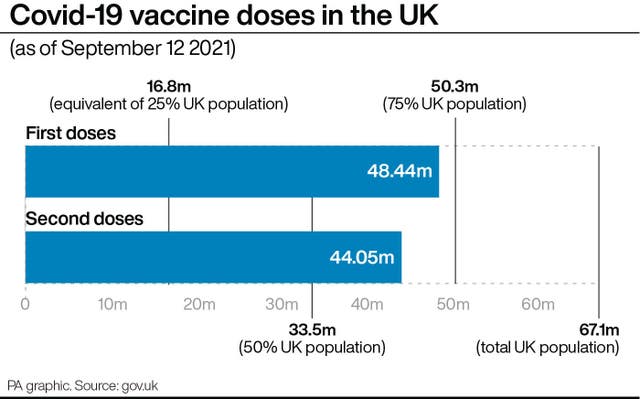 However, other measures – such as requiring vaccination cards for visitors to nightclubs or other crowded venues – have already been put on hold.

The government is expected to announce that it will lift a number of powers that have been taken over by the Coronavirus Act that are no longer deemed necessary.

These include measures to shut down economic sectors, restrictions on events and gatherings, and powers to detain infectious people.

Some measures will be maintained – including day one sick pay for those self-isolating, powers to instruct schools to stay open if they close against government orders, and helping the NHS provide the emergency resources needed.

It will remain a legal obligation for people to self-isolate if they test positive for the disease.

The move came after the government announced on Monday that the Pfizer / BioNTech vaccine would be offered to 12-15 year olds in England on the advice of chief medical officers in the UK’s four decentralized countries.

The JCVI had previously advised against the step because the medical benefit was only marginal.

In their advice, however, the medical professionals stressed the impact of missing school due to Covid on children’s education and psychological well-being.

In a Commons statement, Vaccine Minister Nadhim Zahawi said parental consent would be obtained before the vaccine was administered.

In the “rare case” that a parent refused, but the child still wanted the vaccination, there would be a process that would enable them to get it if they were found to be “competent”.